Last big trip in Korea before heading out!

We booked a tour-guided trip to Jeju through the CAC on base. $1100 for a couple includes transportation (bus and airfare), hotel, and attraction fees for 3 days/2 nights. It was certainly well worth it!

We started the day at 6:30 am. Picked up some Krispy Kremes from the BX, and headed to the bus. It was a two-hour ride to Gwangju Airport, and then a 40-minute flight to Jeju. Beautiful skies and warm weather welcomed us with open arms!

The first stop was to The Folklore & Natural History Museum. It was a chance to learn a little about the island and its people.

Interesting fact: Jeju is a semi-matriarchal society. Women go to work, diving the ocean, and men stay home and tend to the housework.

We then made our way to Udo Park for a boat tour. The water was a dark sapphire blue, and the air was crisp. The mistiness gave Udo Island’s stunning Seongsan Ilchulbong Peak and caves a very enigmatic feel.

It was a good thing the previous two activities were relatively light, because we suddenly found ourselves at the bottom of Sunrise Peak with the pending task of climbing the steps to the top. I pretty much gave up after the first set of steps. And although the temperature was a nice 75°F, the rigorous undertaking made us unbearably hot and sticky. The good thing was that there were several rest stops along the way. When we finally made it to the top, glory and relief overcame us and all was well again!

Afterward, we were taken to the Cheonjiyeon Waterfall, where we were promised there’d be no more steps to climb. This was splendid news! The stroll towards the waterfall was so serene. A canopy of trees kept us cool under its shade. Stones and bridges connecting the pathways along the stream made for plentiful photo-ops. And even though the final destination was swarming with tourists, we finally got a picture in front of the waterfall.

With a full day and new-found island knowledge under our belt, we made our way to the KAL Hotel in Seogwipo. Its remote location may not be ideal to others, but since we had the luxury of a tour bus, the KAL was perfect! It sits right on the coast, so the view is amazing! A luscious garden path leads right to the ocean. We cleaned up, changed, and made our way into the city in search of dinner. We were disappointed to discover jogae-gui doesn’t exist in the southern part of Jeju. We’d been looking forward to this all day, but decided to try a local beef gal-bi restaurant. The food was quite good, and surprisingly affordable. Beef is always such an expensive delicacy in Korea. We spent the rest of the evening perusing the downtown streets. When we’d seen just about enough, we headed back to the hotel.

Clint’s restlessness kicked in, and he just had to find the beach. After a circuitous search, we finally found the rocky coast. There wasn’t much left to do but enjoy a moonlit walk along the shoreline.

After eating our complimentary breakfast at the hotel and taking a walk in the gardens, our group reconvened and we headed out to Hallim Park. The site featured stalagmite caves, botanical gardens with flowers indigenous to the island, and a birds habitat. However, the bus made the mistake of driving right by Hyeopjae Beach. It was so beautiful and inviting, we only spent minimal time in the park before ducking out and escaping to the beach.

My goodness! Hyeopjae Beach is strikingly different to the beaches we find on the mainland. The crystal blue waters is contrasted perfectly by black volcano rocks. The water was much too cold for me, but Clint stubbornly went in anyway. He dove in for a swim, and to look for special shells. He didn’t find any, but it was a lovely time on the beach.

After a quick lunch break, we went to a dolphin show. Although the dolphins were the main attraction, the monkeys definitely stole the show! They were impossibly cute in their costumes. The trainers had them doing all kinds of tricks. I desperately wanted to take one home with me, but Clint objected. How rude!

For the last stop of the day, we visited Jeongbang Falls. This waterfall is known for being the only one in Asia to run directly into the ocean. Falling at an astounding 75 ft, the waterfall’s magnificent and imposing beauty had me in a rapture. Definitely nature at its best!

We spent another evening in the city for dinner. We found a quaint Chinese restaurant to satiate a craving we’d had all day. As we were sitting down to enjoy our food, a neighboring patron fell over on the floor! Apparently, his back had given out, and an ambulance had to come. It was an interesting evening to say the least.

We woke up to a rainy morning that Monday. We carried on with our itinerary, except for the horseback riding. There was a horse show at Pony Valley, a magic show with Eriko at Las Vegas Magic Show, and then our last attraction: Love Land.

Jeju is just about everything we could’ve hoped for. The sights were gorgeous, the waters were beautiful, and not having to plan a single thing was wonderful! We could always use warmer waters and more sandy beaches, but considering the time of the year and this being Korea, it was perfect! 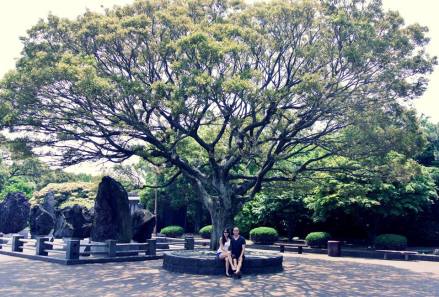 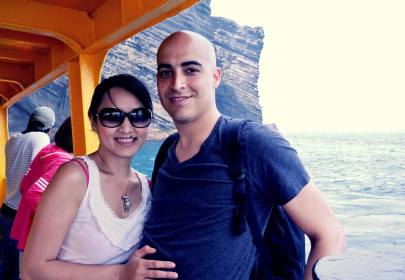 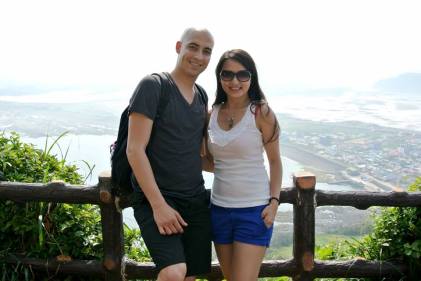 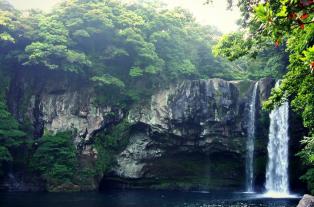 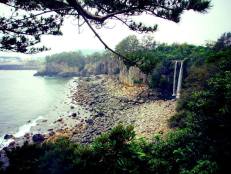 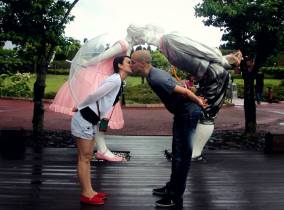 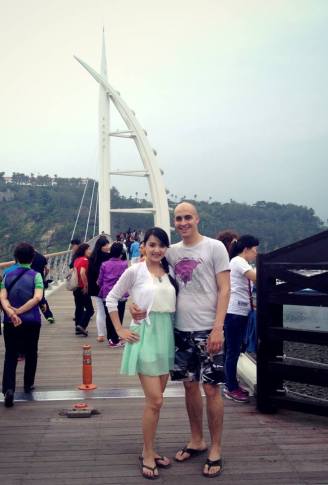 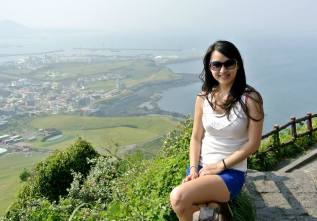 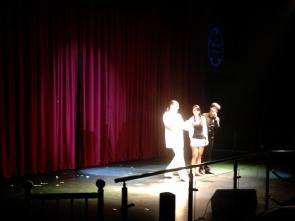 Locally farmed radishes with a sesame-yuzu dressing dip make for a great snack. Doesn’t hurt that they’re so pretty to look at.
My doc said if I don’t wanna eat my veggies, I gotta drink it. 😅 What’s in your #greensmoothie
My maneki-neko gave me a good fortune from its butt today. 😹
Happy new year from Tokyo!
This thing’s been sitting here, tucked away. Gotta get at it with all these holiday (and non-holiday) feasts. 😅