Clint and I have become quite the bus experts lately. We took the inter-city bus from Gunsan to Buan, and then Buan to Gyeokpo, and stopped at Byeonsan Beach for the day.

Since it was a brief day-trip, we only hung out at the beach and did some swimming. A short trip away is the Byeonsan National Park, where a hike will lead you to the Jikso Pokpo waterfall. We will have to come back for this hike soon!

As soon as we got off the bus, a Korean local bombarded us with questions of where we were staying and if we needed a hotel. We politely declined and made our way towards the beach. He was unrelenting, but Clint and I used our, “no Korean,” response continuously, and he eventually did give up. Like in a Super Mario Bros game, we stomped out one Goomba just to be met with a Koopa Troopa. This one urged us to visit his motel for a good shower. I know he understood “no, thank you,” but kept pushing and pushing. We finally ran off and got ready for some fun!

The beaches on the west side of Korea are known for being more muddy and brown, and this was the exact case of this particular beach. The area itself, however, was clean. Sand, rocks, and sediment being kicked up near the surface give it the illusion of being dirty, but swimming out further will pay off. The water is shallow and especially cool for an August day.

At the ends are rock walls and tempting stairs. We trekked over to see if we can climb up, but a sign depicting a person drowning prompted us to err on the side of caution. Beyond the horizon, alluring islands stared back at us, calling us to explore their terrains. If only I could swim that far!

There are a few Korean restaurants on the shore. We chose one that had fresh seafood grilling. The ladies were very nice and accomodating. The bathroom also had a shower head. Score! Clint and I shared two baskets of clams, mussels, and sea snails. Clint made an über spicy soup out of his shellfish. We ate, washed up, and made our way back to Gunsan.

As Clint and I have shamelessly accepted our fatty propensities, we went to the Gal-bi for another feast. What a satisfying and enjoyable Saturday! 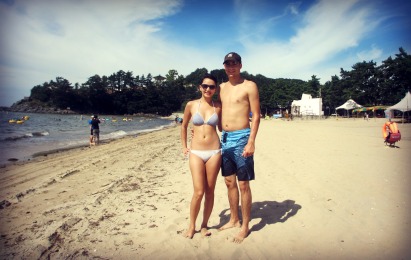 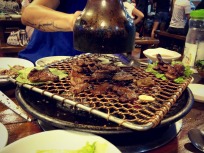 Rock wall at the end of Byeonsan Beach. 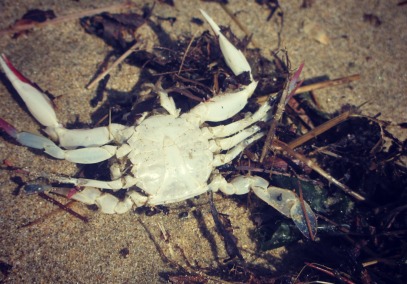 A crab got left behind. 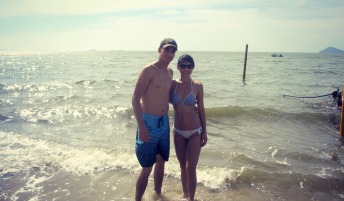 Old houses above a hill in Byeonsan. 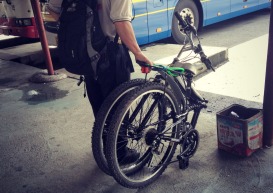 A foldable bike for the bus. Genius! 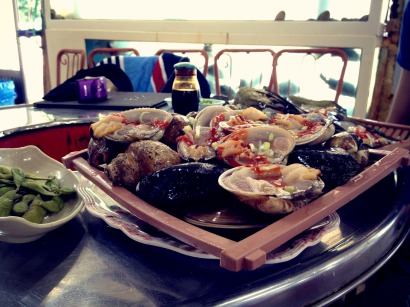 That’s a lot of shellfish! 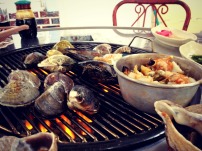 Don’t know how this guy got here…

A skyline more dramatic than #blingempire
Oooo-Uchi really... madai my day. 😋
Feeling proud and challenged. There is no certainty in our choices, but there is security in faith in ourselves and in decency. Every cycle promises a new glimmer of hope, and today we feel it in full stride.
Biking-lakeside-tacos-Stevie Ray Vaughn kind of afternoon. It’s pretty cool having my best good friend back. ☺️
Finally got to try @sando.itchi